Lose Weight to Have Healthier Gums 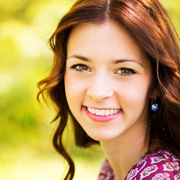 An interesting study was just released that shows that people can have healthier gums simply by losing weight. The study, which was done by the Case Western University School of Dental Medicine, looked at over 30 patients who were struggling with both gum disease and obesity. During their treatment, these people were given gastric bypass surgery and lost weight. This group was then compared with people who were overweight but did not lose weight during the study.

Both groups were put through periodontal treatment and were shown how to care for their gums at home. The results showed that both groups displayed improvements, but those who went through the gastric bypass and lost weight showed much better results than those who did not lose weight. Why do researchers believe this is the case? Because the human body is naturally able to heal as well as eliminate harmful bacteria in the bloodstream better when there are fewer fat cells in the body. In other words, when the body does not have to regulate fat deposits in the body, it is able to put more focus on healing the gums.

This improvement also may have to do with the relationship between hormones and inflammation in the body. For instance, in those who have lost weight, a hormone known as “letptin” is reduced. This also reduces inflammation which helps to improve the periodontal disease. This is only one theory and more research will need to be done, but for now, our dentist in North Hollywood finds this very promising for those who are obese and have gum disease.