The Connection Between Contraceptives and Gum Disease 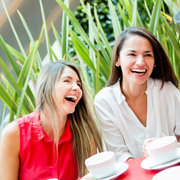 Has a North Hollywood dentist ever told you that you could be at risk for gum disease? If you are a woman taking contraceptives, according to a new study by the Journal of Periodontology, you could be.

The injectable contraceptive known as Depo-Provera could be responsible for a higher risk of periodontal, or gum disease in patients that use the injections. How does Depo-Provera increase the risk? It could cause an inflammatory effect which opens the gums up to more bacteria, often the start of periodontal diseases. Depo-Provera is not the only contraceptive that may have a link with gum disease. The pill may also be associated with an increased risk of gum issues.

There are other things to consider. For instance, many patients who use Depo-Provera are from a lower socioeconomic status than those who use other contraceptives. What does this mean? It means they are already at a higher risk of gum disease than a woman who is at a higher socioeconomic status. In other words, women at lower income levels do not tend to care for their oral health as much as women of higher income levels. These women are also more likely to smoke, another contributing factor to gum disease.

Even when all of these factors are considered and taken out of the equation, according to this particular study, there is still a slight, increased risk of gum disease for those who use Depo-Provera versus those who do not. If you are a woman who uses Depo-Provera or any kind of contraceptives, make sure to talk to our expert in periodontal treatments in North Hollywood for more information on how you can protect yourself from gum disease.